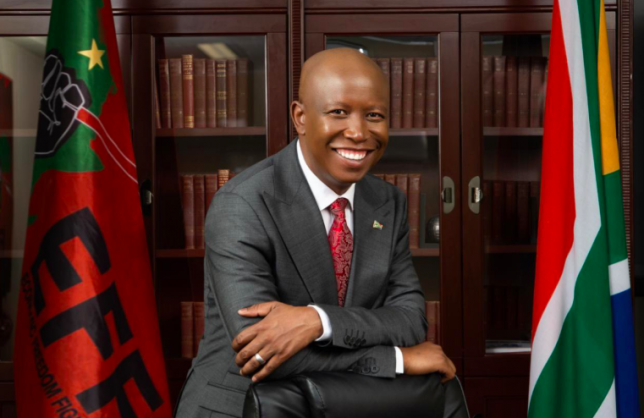 The IEC has promised to “investigate” videos which depict EFF supporters filming themselves in voting booths. Recording your vote and taking a picture of the ballot contravenes the IEC’s Electoral Code – so somebody should have told Julius Malema to read the rulebook again.

The controversial leader of the EFF was stoking up the debate once more on Wednesday evening, where he shared the clips to his Twitter timeline. Juju has 2.3 million followers on the site, and that sort of activity doesn’t go unnoticed. The IEC responded to several Tweets that revealed the intention of their vote:

“It is a criminal offence to reveal how you or someone else has voted by posting a marked ballot. If found guilty of this offence, you could face a fine or up to a year in jail.”

It’s not believed that Malema himself could be punished with a stretch in prison, but it certainly does not bode well for the people behind the cameras. Unless they remove their Tweets, the IEC can impose strict sanctions against anyone breaking these rules. Social media users were quick to register their disdain, too:

IEC says sharing ur ballot is against the law bt u see the so called leader promoting such, soon they will be crying that the country’s law enforcement is not doing their job 🤔🤔hai we are led indeed no wonder young pple don’t want to vote cause we have no leaders,mxm🙄 pic.twitter.com/JHeCwa6FLh

The videos which cropped up on Julius Malema’s timeline both featured people in ANC jackets and t-shirts, adding to the zest of his post. Clearly excited by the fact he’d managed to turn some voters red, the CIC threw caution to the wind, boasting about the newly-acquired “freedom fighters”.

The regalia itself threw up a few concerns for voters on Wednesday. Questions were raised over who was actually allowed to wear clothing that promoted a specific political party. Thankfully, the IEC were on hand to clear this up:

Electoral laws prohibit officials and party agents from wearing any political party affiliated clothing or regalia inside a voting station on Election Day, but they do not prohibit party leaders or voters from doing so when voting. Sending of SMSes is not considered campaigning.

It’s the second time in 24 hours Malema has been accused of flouting the IEC’s rules. He made an address to his supporters near the voting booth he visited in Seshego, Limpopo.

Official laws state party leaders can’t electioneer at these voting stations. However, no complaints came to fruition as he was deemed to be “outside of the boundaries” of the school.

Watch the video of electoral misconduct “approved” by Julius Malema: 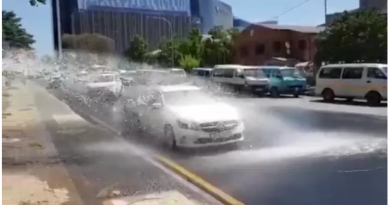 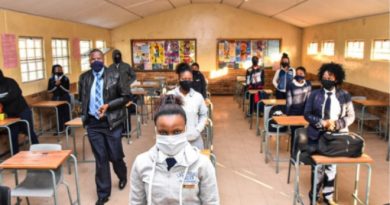 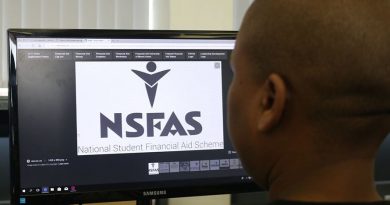