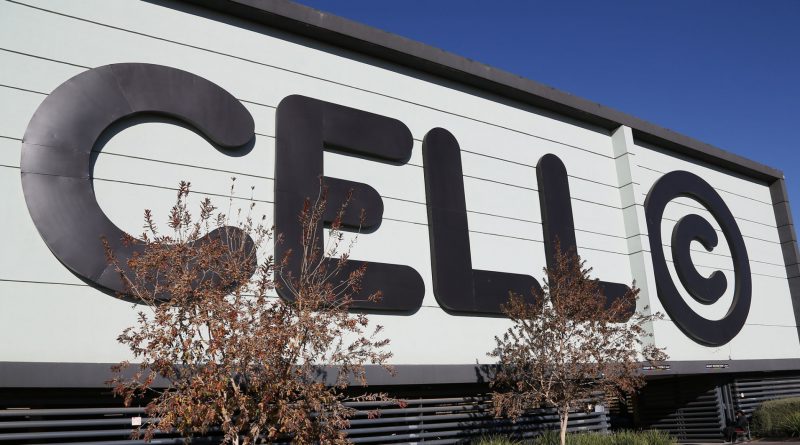 A board meeting of a key Cell C shareholder scheduled for earlier this month was cancelled in order to probe alleged fraud related to the removal and appointment of company directors, TechCentral has learnt.

The 3C Telecommunications board meeting was scheduled for Tuesday, 3 September at Cell C’s head office in Johannesburg, according to a notice of meeting that would have seen 11 directors consider seven resolutions. 3C’s sole asset is a 30% stake in Cell C. It was previously Cell C’s only shareholder.

However, one of the board members, Zwelakhe Mankazana, who represents empowerment company CellSAf, on 30 August asked his lawyer, Matodzi Ratshimbilani from Tshisevhe Gwina Ratshimbilani Inc, to write a letter to Cell C CEO Douglas Craigie Stevenson to raise concerns on behalf of CellSAf and Mankazana about the alleged fraud.

CellSAf, which vigorously opposed Cell C’s recapitalisation completed in August 2017, has a 25% stake in 3C. The other shareholders of 3C are Oger Telecom, which has a 45.6% interest, and the Employee Believe Trust, with a 29.4% stake.

In brief response to a detailed set of questions sent via e-mail, a Cell C spokeswoman confirmed that it had received a letter from CellSAf’s attorneys on 30 August. “The allegations are related to individuals that acted at the 3C Telecommunications level and not Cell C,” the spokeswoman said.

In the letter, Ratshimbilani claimed that 3C directors had been fraudulently appointed. TechCentral has a copy of this letter. 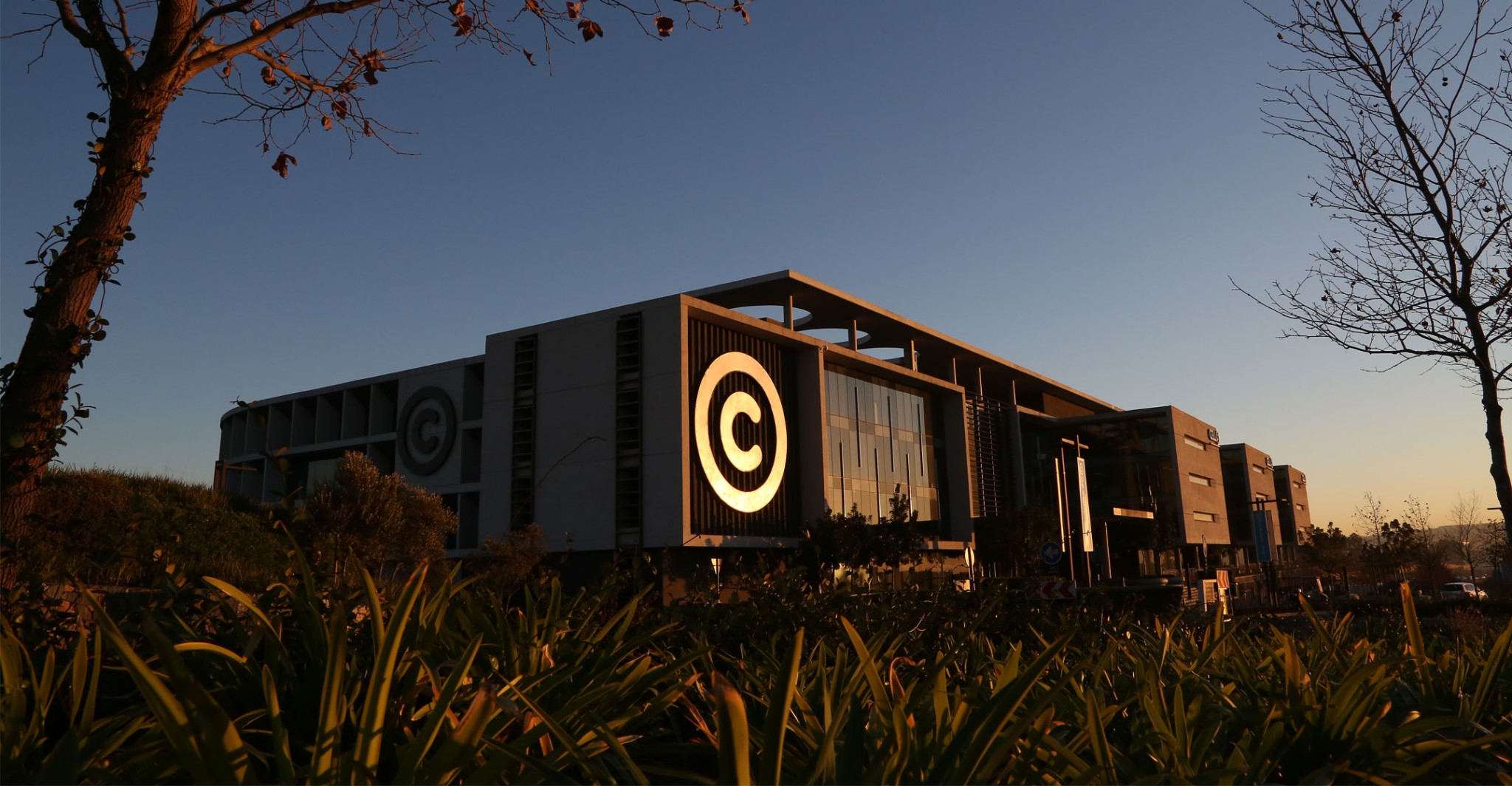 “We wish to draw your attention to an instance of fraud that was committed on Cell C, albeit through 3C,” Ratshimbilani said. “We have been instructed to lay criminal charges against the concerned individuals with the South African Police Service on behalf of our client.” TechCentral understands that no criminal charges have been filed yet.

In response, on 2 September Bowman Gilfillan lawyers Adam Anderson and Jonathan Barnes wrote to Ratshimbilani on behalf of 3C, saying: “Given the allegations of fraud and impropriety that are set out in your letter, our client has decided to cancel the board meeting that was scheduled for (3 September) pending a full investigation into the merits of what is set out in your letter.”

The move by 3C to probe fraud allegations comes as Cell C is already probing activities at the troubled company. In July, CEO Stevenson appointed Bowman Gilfillan to investigate “any parts of the business where we suspect that there may be irregular business practices”. PricewaterhouseCoopers and Deloitte were appointed to examine Cell C’s business processes.

The loss-making Cell C defaulted on a debt repayment in July.

Cell C’s woes have knocked JSE-listed Blue Label Telecoms, whose share price is down 57% from its highest level over the past year. Blue Label has a 45% stake in Cell C through its lead role in the recapitalisation of the operator in 2017.


Ratshimbilani said that Mankazana’s letter addressed to Stevenson was sent to “assist you in your task to uncover all instances of (alleged) illegality that has taken place at Cell C since its recapitalisation”.

He alleged that the 3C resolution that purported to remove 10 directors and replace these directors with 10 other directors was done fraudulently.

In his letter, Ratshimbilani said that on 22 August 2018, Serenta Lotz, who was 3C and Cell C’s company secretary at the time, appointed Chrisna Heystek-Irving, Charissa Carpenter and Danie Strachan of law firm Adams & Adams to be 3C’s representatives to appear before the Companies Intellectual Property Commission (CIPC).

TechCentral has a copy of the document dated 22 August 2018 that shows that Lotz granted the three Adams & Adams employees power of attorney.

On 23 August 2018, Heystek-Irving, “seemingly acting in terms of the power of attorney conferred on her”, proceeded to remove one group of 10 directors and replace them with another group of 10 individuals, Ratshimbilani said. Mankazana, who has been on the 3C board since 1999, was the only director that was to stay on the board.

“In light of these developments, on 10 December 2018 Mr Tshepo Molai, a representative of CellSAf, lodged a complaint with the CIPC relating to the falsification of Mr Mankazana’s name on the register of directors of 3C,” Ratshimbilani said. TechCentral has a copy of the complaint that Molai addressed to CIPC Commissioner Rory Voller. The nature of the complaint is listed as: “Appointments of directors based on falsification.”

The only signature on the amendment form was that of “C Heystek”, which Molai presumed to be that of Heystek-Irving and whose signature appeared in the space reserved for Mankazana.

TechCentral also has a copy of the amendment form to which Molai refers. On that form, under Mankazana’s name and in the box where his signature should have gone, is handwritten “C. Heystek” and this is date-stamped 24 August 2018.


“Given that there is no power of attorney nor any legal instrument of authorisation from Mankazana, Heystek has impersonated Mankazana by attaching her signature as she has done,” Molai said.

According to Heystek-Irving’s LinkedIn profile, she worked for Adams & Adams from June 2015 to July this year as a company secretarial specialist. From August this year, she joined Statucor in Johannesburg as a board support specialist. When contacted at Statucor, Heystek-Irving declined to comment on any work she may have done for Adams & Adams in relation to 3C Telecommunications and referred TechCentral to Strachan.

Strachan, who is an Adams & Adams partner, said: “The statements and allegations … are mistaken and unfounded. We were instructed by 3C’s attorneys to record a change of directors at CIPC based on a shareholders’ resolution and power of attorney. This was attended to in the ordinary course and following the usual legal procedures, and there was no fraud, falsification or impersonation.”

Molai said that not one of the documents submitted to the CIPC, which related to the addition of the directors, contained the signature of either Mankazana or a signature of any of the other then directors of 3C.

On 9 April 2019, the CIPC reversed the appointment of the 10 new 3C directors and reinstated the previous 10 directors.

TechCentral has a copy of a CIPC document dated 9 April 2019 which says the appointment of the 3C directors and other changes made on 24 August 2018 were reversed as the “requirements were not met for the changes”.

However, despite this reversal, the notice for the board meeting on 3 September 2019 includes the 10 3C directors removed by the CIPC in April this year.

Ratshimbilani said these actions “further perpetuate the instance of fraud”, which has not been remedied by Cell C and 3C. “The purported directors of 3C have not been duly appointed … and as such have no legal right to attend the aforementioned meeting or pass the proposed resolutions,” he said.

Ratshimbilani said it wasn’t clear who the 3C company secretary was that issued the notice of the meeting because Lotz had resigned and he requested Stevenson to indicate who was “purporting to act as the company secretary by the duly constituted board of 3C”. 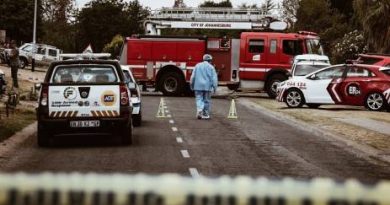 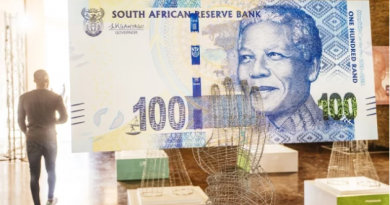 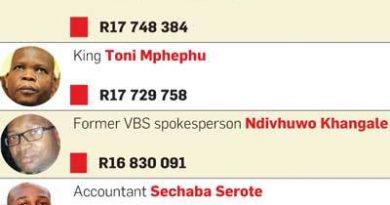 Who got what from VBS?