Mamelodi Sundowns have suffered tragedy once again with another player having passed on following yet another car accident.

Sundowns have lost one of their star defenders Motjeka Madisha, who passed on on Saturday night. 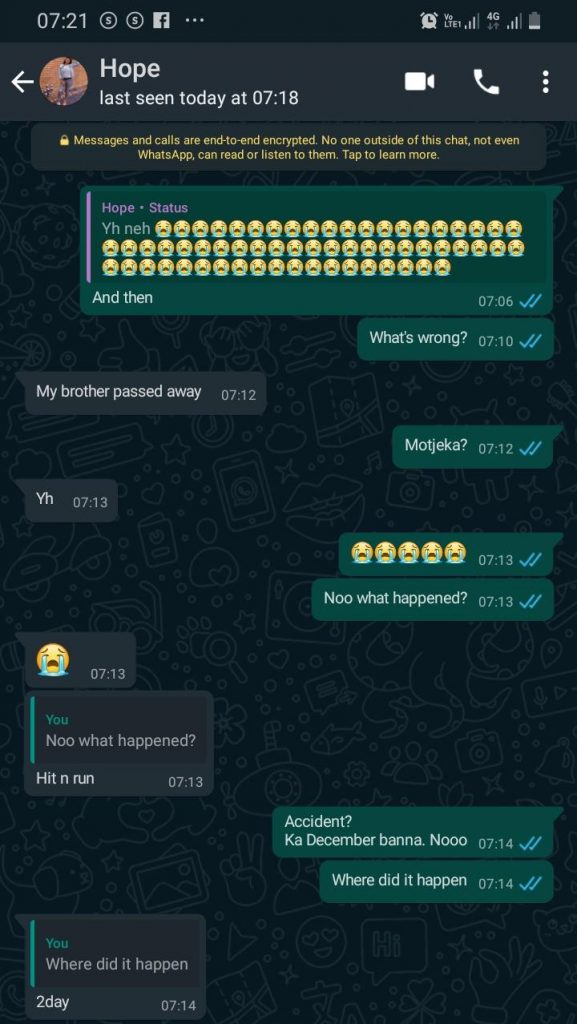 The rising star was involved in a horrific car crash in Kempton Park on Saturday evening, just hours after the club’s 50th anniversary celebrations.

This is the second loss by The Brazilians, who just recently laid former right-back Anele Ngcongca to rest following a car accident in Durban last month.

#RIP #MotjekaMadisha, we are heart broken. The @Masandawana defender passed away in a car accident in Johannesburg, in the early hours of this morning. Our condolences to his family, friends and football fraternity. 🙏🏾🙏🏾🙏🏾 pic.twitter.com/znJ5FXmekI

It's with sadness to report that Mamelodi Sundowns defender Motjeka Madisha has passed on after a car accident, sources say it was a hit and run.
May his soul rest in peace.
2020 has taken so many people we love and admire. #RIPMadisha pic.twitter.com/zmkvhtNQOX

Another sunset that's fallen in 2020… Rest in Peace Motjeka Madisha. The future for Bafana Bafana was super bright with you. Thanks for entertaining us. Condolences to his friends and family and to Masandawa family. 🕊️🙏🏿 #RIPMadisha pic.twitter.com/CGmV1BPbB2