Back-to-back wins for Bafana Bafana after they defeated Ethiopians in a 1-0 scoreline and returned top of the table.

South Africa is now seating top of the table with 10 points on the log and remains unbeaten in the Qatar 2022 World Cup qualifiers.

An own goal by away side defender Kebede scoring past his goalkeeper with 11 goals into the game.

Ghana dropped to the second spot having registered nine points after defeating Zimbabwean Warriors with a one-goal scoreline.

Ethiopia and Zimbabwe are out of the qualifications as they only registered lesser than five points in their previous encounters.

However, this means Bafana and Ghana will have to battle thick and thin to qualify for the knockout stages.

Both teams remain with two games as they want to collect maximum points in the upcoming fixtures.

A crucial game will be when the two titans meet in the last game of the group but with Bafana on a one-point lead a draw result will see them advance to the knockouts, while Ghana need six points from both fixtures. 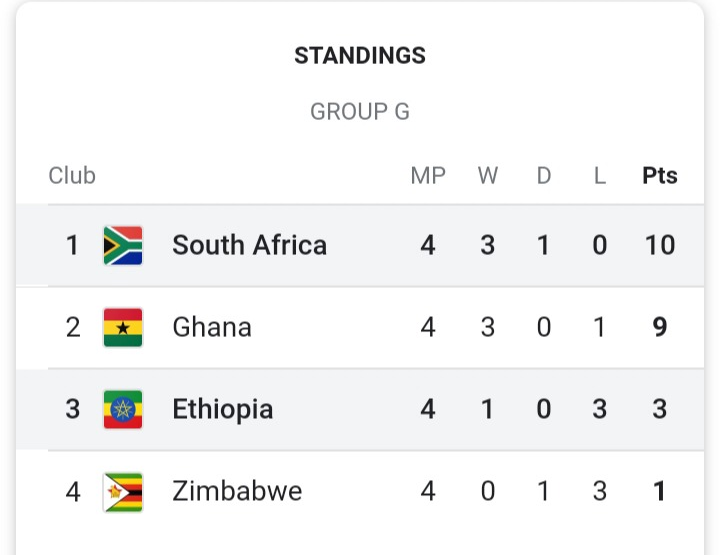