Zola went through a phase of public humiliation a couple of months ago, after Prince Kaybee’s side chick Hazel exposed photos of his private parts to the public.

“My Greatest Gift God has awarded me the opportunity to move into the next phase of my life. I AM A YUMMY MUMMY. Being your mother has been the most sacred duty I have ever taken on. My child you are the epitome of love. We haven’t even met you yet but you have already changed so much in our lives. For that, we are truly blessed…” she wrote. 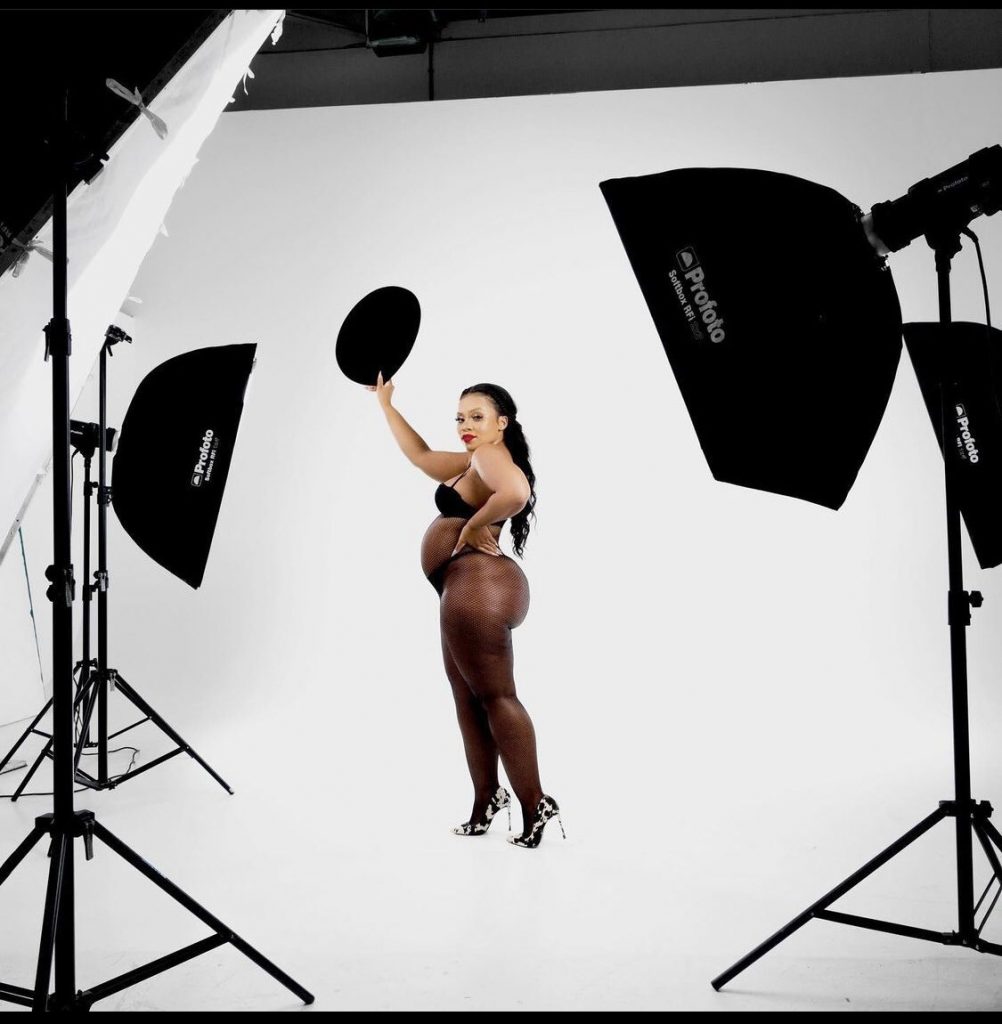 Zola’s relationship with Prince Kaybee took centre stage for all the wrong reasons in May when the music producer was caught cheating.

The TV presenter hasn’t revealed who the father of the baby is and who “we” is, in relation to her Instagram post. Prince Kaybee has not publicly commented yet. The last public social media picture of the couple was in April.

Fans are also wondering if they are still together.

During the scandal, Prince Kaybee’s mistress – who goes by the name “Hazel Mahazard” – posted his nudes on social media, which led to Prince Kaybee admitting to having cheated on his girlfriend Zola publicly.

At the time, he said he intended to take legal action against Hazel.

Hazel apologised after the legal threats, even backtracking on her claims that they had sexual relations.

She described her actions as “unjust” and “uncalled for”.

“[I] would like to take this opportunity to apologise to Kabelo for the posts and any damage the last picture may have caused to his dignity, public image, personal life and his businesses,” her statement read.

Zola and Prince Kaybee have kept their relationship under wraps since the scandal and it is unclear if they are still an item.