Zondo, who has already asked the ConCourt to arrest Jacob Zuma for belittling the authority of the Commission, is now on the warpath with the EFF representative and legal firebrand.

Hell hath no fury like Raymond Zondo having his State Capture Inquiry undermined. The DCJ was left furious with Advocate Dali Mpofu after he told Pravin Gordhan and his legal counsel to ‘shut up’ earlier this week.

Zondo, who has already asked the ConCourt to arrest Jacob Zuma for belittling the authority of the Commission, is now on the warpath with the EFF representative and legal firebrand. In a rare move, the head of the panel issued a statement to address the heated confrontation with Gordhan – and the usually cool-headed judge is far from happy on Thursday:

“I have never heard any lawyer in any court proceedings tell another lawyer to shut up. Such conduct [by Dali Mpofu] cannot be tolerated. It impacts on the dignity of the Commission and it is taken in a serious light.”

“A legal practitioner is required to conduct themselves befitting the forum in which he/she appears and must not bring it into disrepute. I record my extreme concern that this did not happen… It is my right to determine when someone must speak.”

“Mpofu was told by me to sit down near the end of proceedings. He was not the first I’ve told to sit down. No-one should be telling anyone to shut up, not even me as chair. Mpofu’s conduct is completely unacceptable.”

Zondo revealed that he would be considering setting down a disciplinary procedure if such ‘unacceptable conduct’ ever happens again at the State Capture Inquiry. Mpofu, who was representing ex-SARS Commissioner Tom Moyane, denies any wrongdoing – instead claiming that he was the one being interrupted by Gordhan’s lawyers. 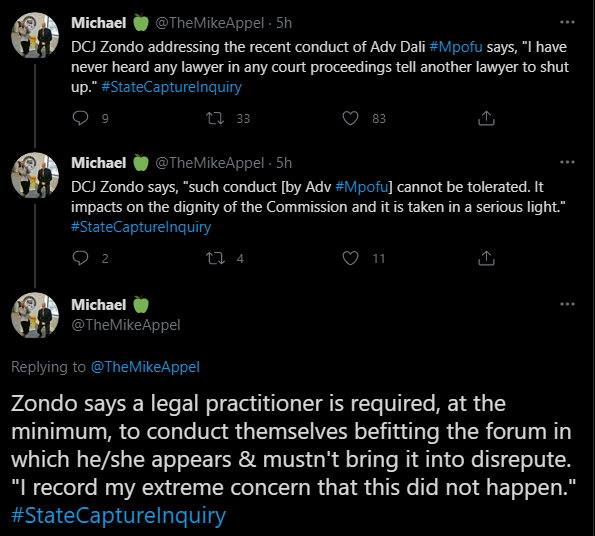 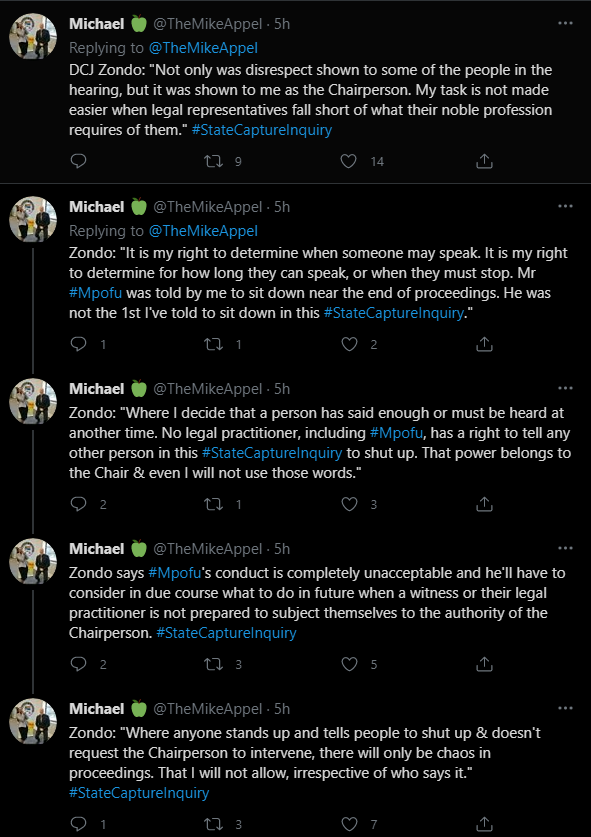