Mothobi Mvala has been a vital member in the side for Mamelodi Sundowns this season since he joined from Highlands Park during the transfer window.

Mothobi Mvala has been a vital member in the side for Mamelodi Sundowns this season since he joined from Highlands Park during the transfer window. The defensive-midfielder has played eleven games in all competitions and has three goals to his name.

His aggression and tenacity in the middle of the park has led to him becoming one of the unsung heroes in the side with the 26-year old completing ninety-six per cent of his carries in the midfield for Masandawana this season. 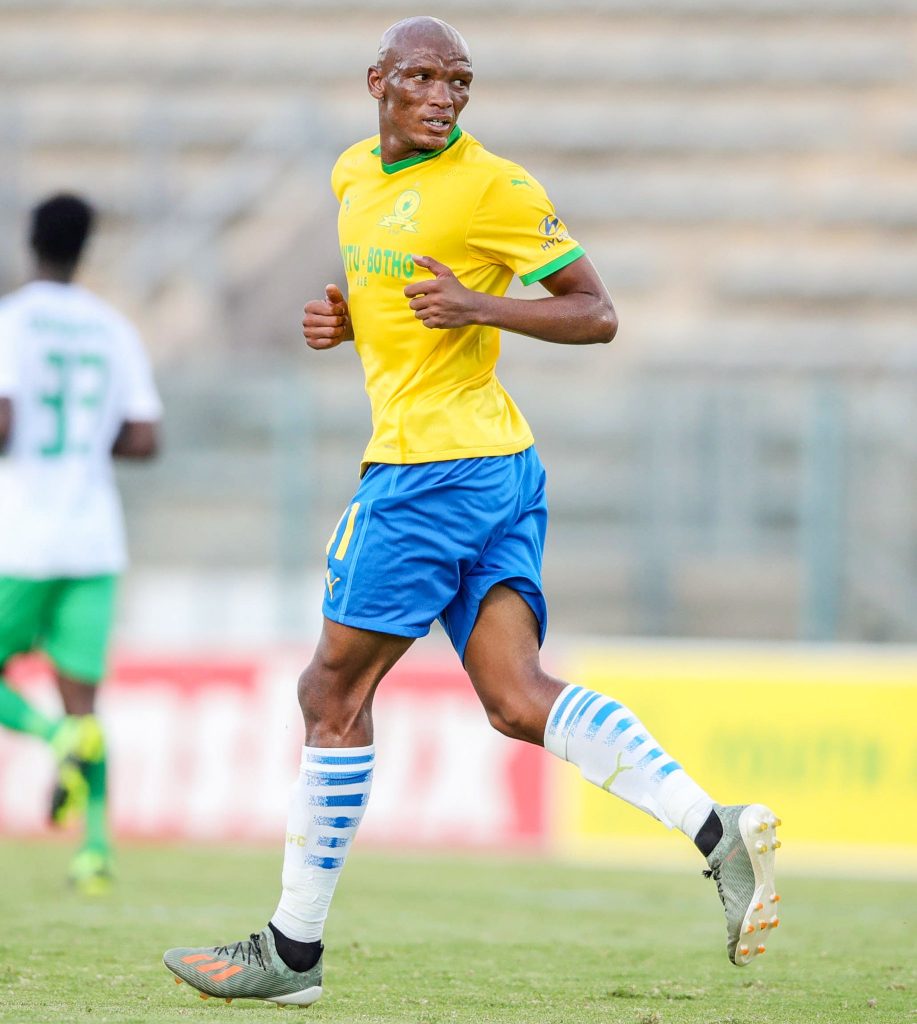 “I am grateful that I got an opportunity to play and I always do my best. Honestly I was mentally ready from the beginning, I understood how the team plays and what is expected from me, so when I was given a chance to play I did my best” , said Mvala.

Mvala possesses aerial prowess and a ball-winning ability which he uses to break up plays of opposition. The versatile Bafana Bafana international can play as a centre back also.

“So far I’ve enjoyed those positions that I played in the team, I adapt to what the team needs from me and am happy to help where the coach thinks I am better to play and contribute”, said Mvala.

This season Mvala has emerged as a starting candidate in a midfield filled with experienced campaigners such as captain Hlompho Kekana and Andile Jali, and the midfielder shared what he has learned the senior figures in the side: “I am learning a lot from the senior guys, their level of professionalism is at another level, as well as their leadership. They are humble and they encourage everyone to do well whether they play or not, they work hard but smart, they are winners, I’ll say their experience rubs off on us, that’s what I like about our senior players”.

When asked about what attributes he would like to improve on in his game, the eager Mvala finished off by saying:” I think I need to improve on taking more shots outside the box and being more consistent with my performance in the games I play”.