– Somizi has replied to a message he received from a person claiming to be a journalist about divorce rumours
– He posted the message on his Instagram account, the person wanted to know if the rumours were true about the divorce
– Somizi threatened to sue the journalist and the newspaper if they ran the story

Rumours are flying that Somizi Mhlongo and Mohale Motaung’s marriage is on the rocks and people have been speculating this for some time.

Somizi shared a message he received from a person claiming to be a journalist for City Press claiming she has it on good authority that Somizi and Mohale are getting a divorce.

She asked Somizi if this was true. She also wanted to know if this was the reason that Mohale was not invited to his birthday a few weeks back. 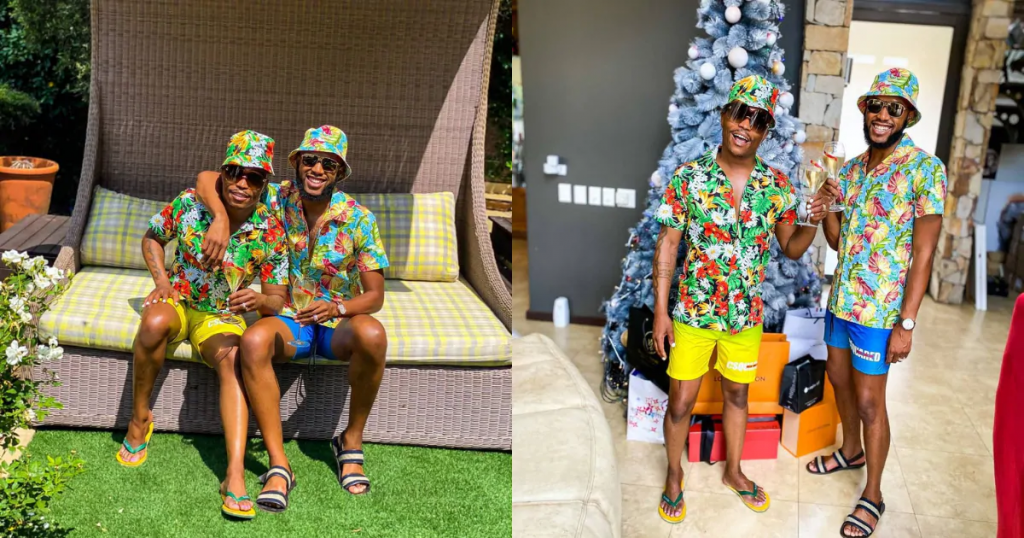 She had one more question that was visible in the screenshot that Somizi shared, she wanted to know if infidelity was the reason for the couples alleged relationship troubles.

Somizi had a short a sharp reply to the message, he dared her to write the story and he promised to sue the journalist and the publication, telling them to get their facts straight.

“So @city_press has become a tabloid… ok… two can play the game… to stand a chance to win I don’t know what dial the number and let Julia know what it feels like to have your privacy invaded unprovoked.” 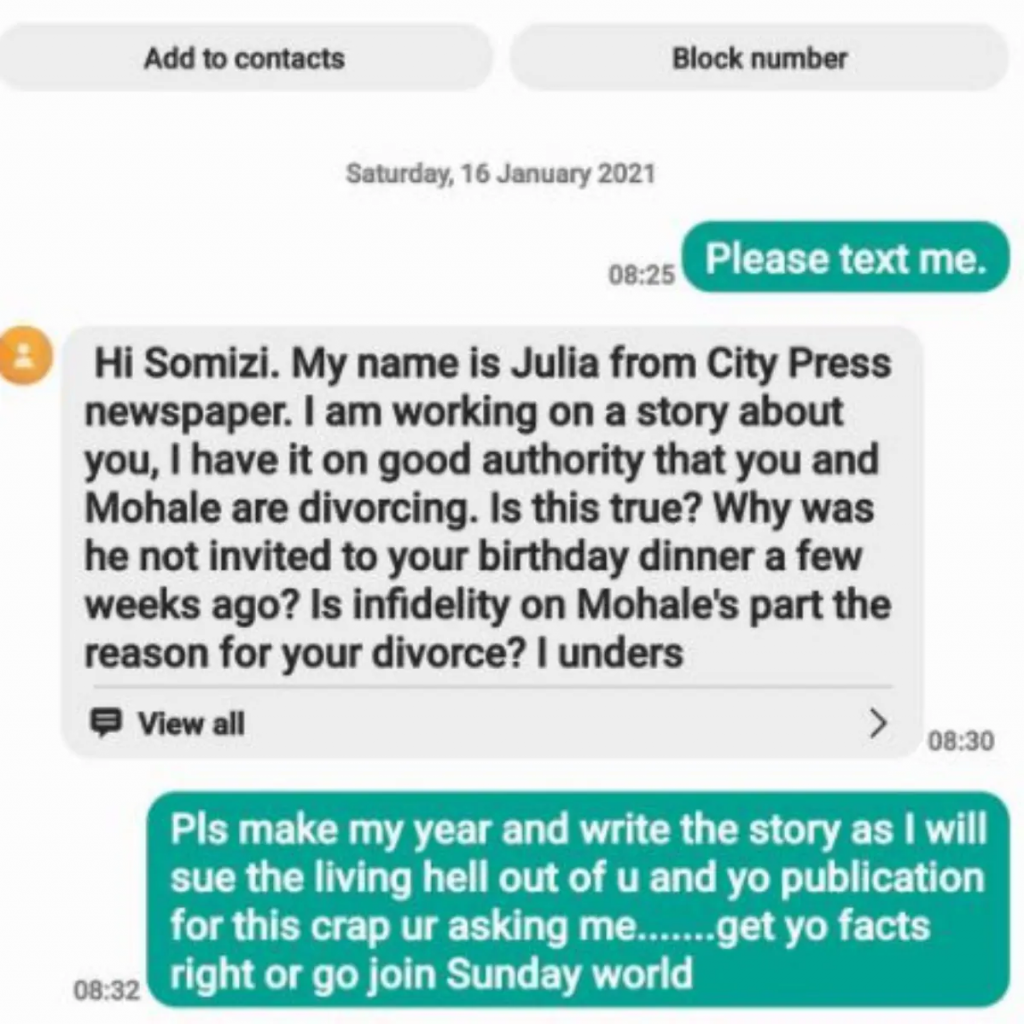