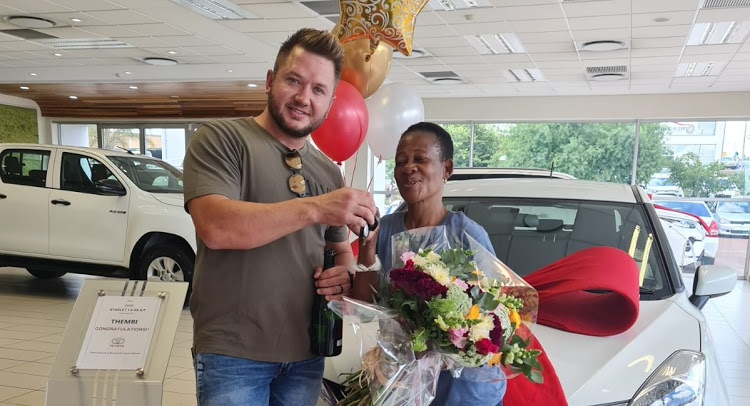 TikTok stars Malcolm Wentzel and Thembi Ubisi have yet again shut down social media, this time after Wentzel bought Ubisi a car.

Wentzel posted a picture of himself and Ubisi in front of her new ride on Friday, alongside the caption: “Congratulations to my Thembi. I bought her her first car at age most people retire!”.

Congratulations to my #thembi @kikilacoco1 I bought her her 1st car at age most people retire!!! pic.twitter.com/NOxt6lF2oE

The pair went viral earlier this year for their hilarious videos together on TikTok.

The videos, often filled with banter, have received thousands of views across social media platforms.

Some of SA’s most famous faces have shared their love for the pair, including One SA Movement leader Mmusi Maimane who called on brands and companies to sign up Ubisi for an endorsement deal.

They have also sparked debate, with some accusing Wentzel of “exploiting” Thembi.

Wentzel’s post nearly collapsed the internet as fans reacted to the news of the car purchase.

Many applauded him for the gift, while others wanted Malcolm to adopt them. 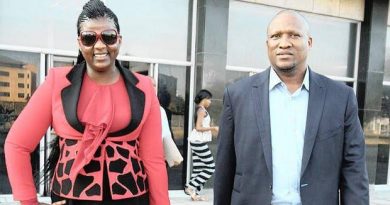 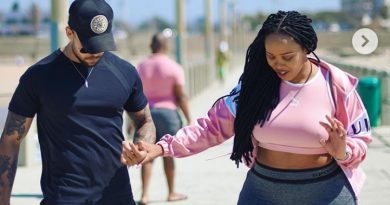 Sbahle denies she’s moved on with her personal trainer 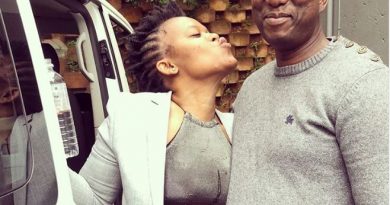 Is This Zodwa’s New Man? She is tired of Ben 10

271 Views Times have been tough ever since the first lockdow. It hasn’t been easy for anyone, including artists. Sjava