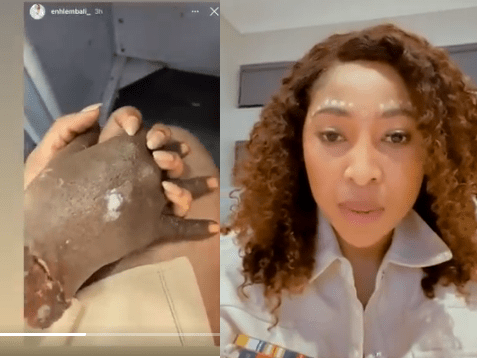 Enhle Mbali disgusted by how the hand issue turned out.

Black Coffee’s ex-wife Enhle Mbali cleared the air about a video she posted on her Instagram stories on Friday. In the video, Enhle is holding a cut prop hand and she is heard saying “Hi guys meet my new boyfriend.”

She further added another video showing the artist behind the creation of the hand. “If I wasn’t in the make-up room it would freak me out,” Enhle wrote on a picture message. She also asked the artist what goes on in her head for her to create a prop like that.

South Africans did not receive this video well as they believed it mocked his ex-husband whose arm is impaired and always in his pocket.

Black Coffee’s arm got paralysed in1990 after he had a mysterious accident. Disgusted by the video, tweeps called her names and inhumane for posting the video.

After her name was smeared with mud, Mbali saw it fit to call everyone to order. She then released a video saying that the video had nothing to do with Black Coffee. “As much as Black Coffee and I are not together he is still the father of my children. Now you cannot do what you are doing with this hand situation…. I think it’s insensitive and outright stupid, stop it,” said Mbali firmly.

The actress and the international Dj black coffee divorced after eight years of marriage with two children. Though the two have divorced somehow scandals and court proceedings keep brining both their names together; even innocent props.

Some of you are truly disappointing. pic.twitter.com/4dnjiKLkGc 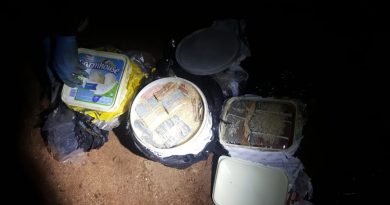 Fidelity guards buried R2.9m in their back yards, splashed out on a 4×4 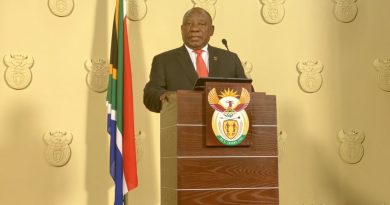 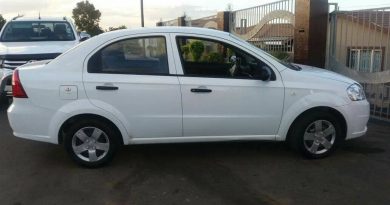