Celebrity couple Moshe Ndiki and Phelo Bala’s marriage has been the stuff of novels and fairytales.

The Mzansi media and public just couldn’t get enough of the dreamy pair . . .

AND IT SEEMS UMGOSI FEEDING FRENZY’S FAR FROM OVER!

Their seemingly blissful romance has ended in tears and courtroom drama.

Phelo Bala has obtained an interim court order against his bae, when Moshe allegedly left him with a bleeding gash on the head. 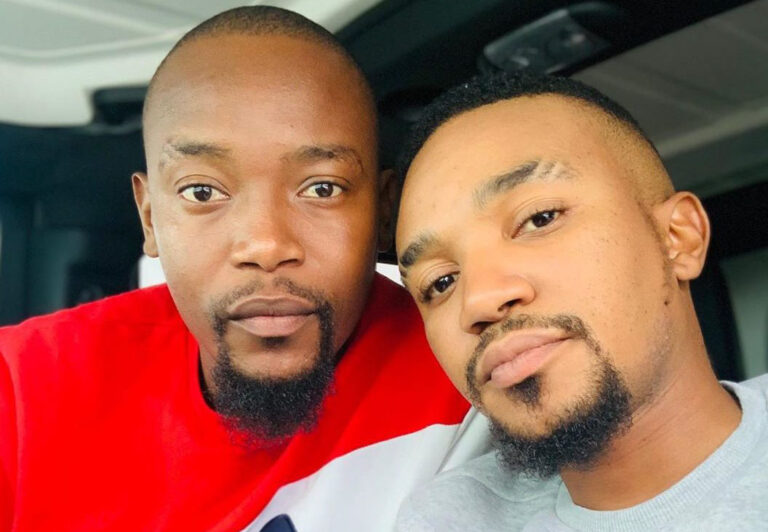 This after allegedly beating him up.

The incident, according to court papers, happened early in May when the couple had a big fight at their Northriding, Joburg north, home over booze.

When the two were supposed to appear in court this week, where Moshe was to tell the magistrate why the order against him wasn’t to be made permanent, the media personality came armed with a counter interim order.

In his papers, Moshe claimed their relationship had been abusive over the past few months and Phelo had assaulted him on several occasions.

He also claimed his musician lover had an alcohol problem, as he always started fights with friends and family members when he’d had one too many.

Moshe, also an actor and musician, said in his court papers Phelo was extremely jealous and would beat up people he accused of having an eye on him.

He allegedly beat Moshe up after accusing him of having a roving eye.

According to Moshe, a fan pulled out a gun and almost shot Phelo during a bar brawl in the neighbourhood.

In his 11 June court papers, Phelo stated: “A month-and-a-half ago, I was beaten with a candle stand at home. It broke on my head. I was bleeding heavily and tried to escape, but he pulled me back into the house and told me I was making a noise.

“I went to the security and asked them to make a call, but was told there was no phone. He ran after me and told me to get into the car, asking security to accompany me to the hospital.

“We went to Olivedale Hospital where I was stitched up. I feel unsafe around him. He’s emotionally abusive, manipulative, and controlling.

“Just two days ago at my friend’s house, he beat me up when I told him it’s over. He took the phone I was using.”

And in his counter papers, Moshe stated his bae was a monster who once threatened to beat his own mum during the Christmas holidays last year.

About another bar brawl, fuelled by jealousy, Moshe said: “. . . started being aggressive in front of his and my friends and I asked him to stop, as he was acting out of jealousy.


About the gun incident, Moshe wrote: “He attacked a gentleman who wanted to take a picture with me.

“His problem with alcohol abuse and the things he would do and say, not only to me but those around me, have left me drained, battered and confused.

“I don’t absolve myself from my faults and take full responsibility. I should have also walked away, called the cops and not retaliated because, in a healthy marriage, I don’t think fighting fire with fire is the way to go.”

Moshe claimed Phelo forcefully kissed a man in front of his wife in one drunken incident in Eastern Cape in December.

This after they’d given him a lift.

During the same working trip, Moshe said Phelo pulled the handbrake while he was driving because of an argument.

About the night of the bloody fight, Moshe said they had drunk a bottle of whisky and Phelo wanted to open another one.

But he refused, telling Phelo they’d had enough for the night.

A fight broke out as they were wrestling for the second bottle and “I then picked up a candle holder and threw it at him, leaving Moshe with a gash on his head.”

Moshe denied that he took out a protection order against Phelo and said he never assaulted him.

“Me and Phelo are fine. I’m with him right now. If you write lies about me, you will get to know who you’re dealing with,” he said.

Phelo’s phone rang unanswered and had not responded to text messages at the time of going to print.

In his public statement Moshe asked for privacy during his personal matter.

“I’m deeply saddened there has been a violation of our private mediation on this matter , it is For these reasons that I choose not to expose our private differences at this stage, I kindly ask that I be afforded time and space to deal with these trying times with those closest to me, whilst processing what’s going on”.

“I would like to assure that this is not my nature and I would rather like to speak about this once I’m ready emotionally if at all I choose to speak on it”, he concluded.