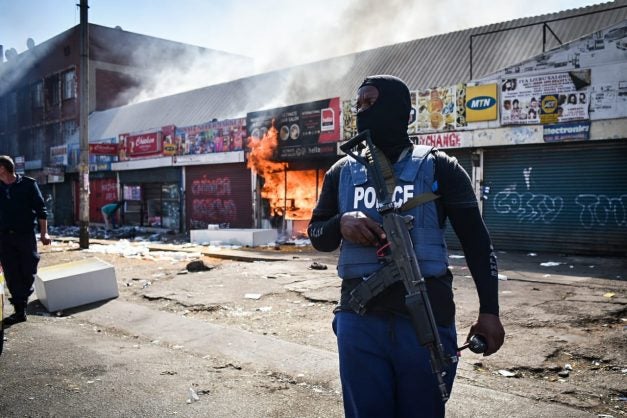 A Police officer is seen near a burning foreign owned shop in the Pretoria CBD during a protest against foreigners. Photo: Jacques Nelles

A violent protest has flared up again in the Pretoria CBD, leading to traffic disruptions, police warned.

This comes after a taxi driver was shot and killed on Tuesday afternoon, Rekord East. reports.

“I can confirm that a group of people have been going around breaking into some shops that are believed to be dealing with drugs. We have currently deployed various law enforcement agencies to assist,” she said.

“We urge shop owners to close their shops as the situation is getting out of hand.”

Selepe could not confirm any arrests or confirm the motive for the shooting.

“We are investigating a case of murder after a 45-year-old man was shot and killed in Pretoria Central. It is reported that taxi drivers operating at Bloed Street taxi rank in Pretoria were chasing alleged drug addicts whereafter, a shot was fired, fatally wounding one taxi driver in the upper body,” police said in a statement.

He was certified dead at the scene.

The suspect is unknown at this stage and investigation is continuing, police said.

“We are appealing to anyone who might have information that can assist in the investigation or in arresting the suspect to please call the nearest police station or call Crime Stop on 08600-10111,” Selepe said. 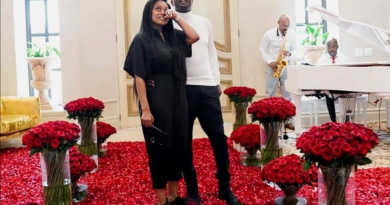 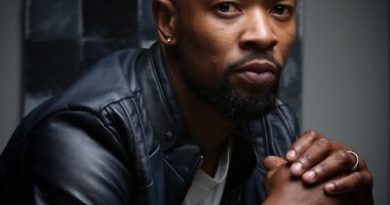 SK Khoza Returns To The Queen, Menzi Ngubane and Jessica Nkosi are the Newest Additions 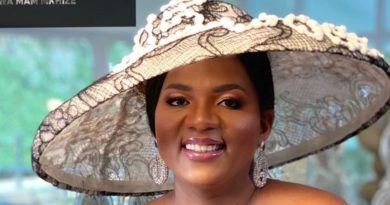